Tsavo National Park on the border of Kenya and Tanzania is home to lions, black rhinos, cape buffaloes, elephants and leopards. The more mountainous western section of the park is also the singular source of a gorgeous variety of green garnet called tsavorite. 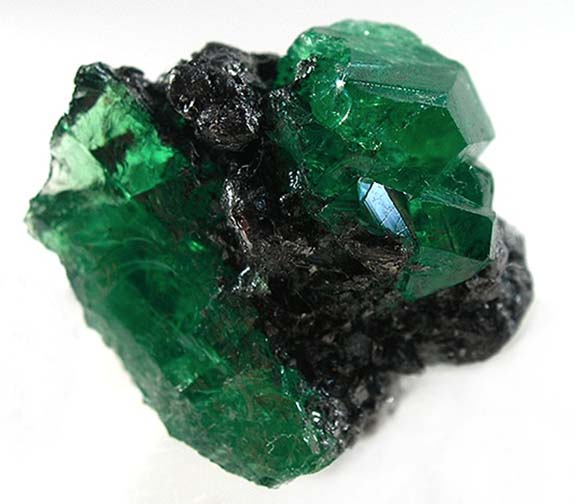 Best known as January’s official birthstone, garnet comes in a wide array of natural colors, including deep red, pink, purple, orange, yellow, violet, black, brown — and a vivid shade of green that is sometimes mistaken for an emerald.

Tsavorite is technically a green variety of grossular, a calcium-aluminum garnet that derives its rich color from impurities of vanadium and chromium in its chemical structure. 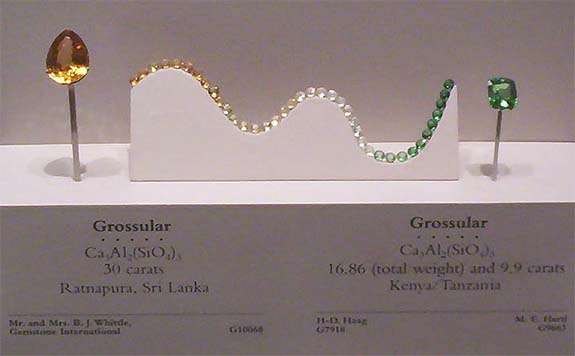 This exhibit at the National Museum of Natural History in Washington, D.C., shows the many shades of grossular garnet — from hessonite (yellow) at the far left to leuco-garnet (clear) in the center to tsavorite (green) at the far right. 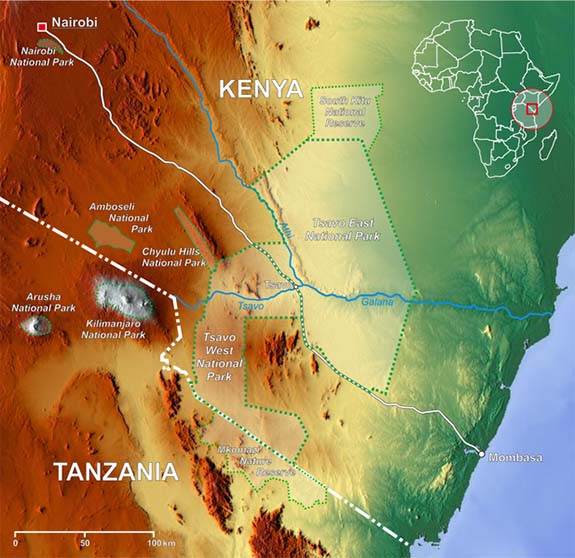 According to the Smithsonian’s official website, tsavorite was first discovered in 1967 in northern Tanzania and again in 1970 in Kenya’s Tsavo National Park by world renowned geologist, Campbell Bridges. In 1971, Bridges was granted a permit to mine the Kenyan deposit, and in 1973, this variety of green garnet was named tsavorite in honor of Kenya’s Tsavo National Park, by Henry B. Platt, former president of Tiffany & Co., and Bridges, founder of Tsavorite USA. One year later, Tiffany launched a marketing campaign that brought worldwide recognition to the beautiful green gem. 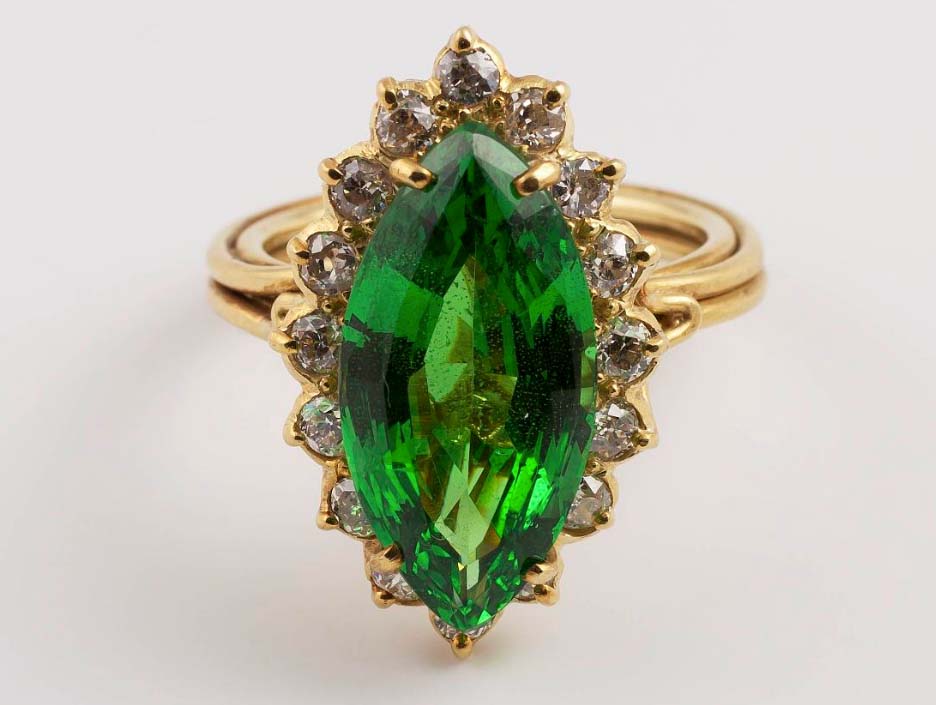 The 7.08-carat tsavorite garnet seen here is on display at the National Museum of Natural History and was donated to the Smithsonian in 1981 by Dr. and Mrs. Marshall Greenman. The gem is set in an 18-karat yellow gold ring and is surrounded by 16 round brilliant diamonds.

Garnets get their name from the Latin word “granatum,” meaning pomegranate seed.